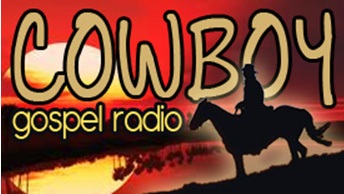 Cowboy Gospel Radio (The Show)starts Sunday, June 1st on WUCG-FM, Blairsville,Georgia...and it will be streamed on the internet....air time will be 7 to 10 pm....only cowboy, country and bluegrass gospel.....The show will be available to other radio stations..... Send mp3's to lflegle@windstream.net

Only God can take your mess and make a message out of it.

"Treat your woman like a racehorse and she'll never be a nag."

The Value of YOU!

THE VALUE OF YOU!

But unlike our seedstock, we as human beings have been…

Eph 2:8 For by grace are ye saved through faith; and that not of yourselves: it is the gift of God:
Eph 2:9 Not of works, lest any man should boast.
Eph 2:10 For we are his workmanship, created in Christ Jesus unto good works, which God hath before ordained that we should walk in them.

We are not saved by good works. We are saved "to good works". Good works, both of charity, and obedience, are evidence that…

"The richest man is not he who has the most, but he who needs the least."

Isa 35:8  And an highway shall be there, and a way, and it shall be called The way of holiness; the unclean shall not pass over it; but it shall be for those: the wayfaring men, though fools, shall not err therein.

There is so much wisdom in the ordinances of YEHOVAH, in the OT. But wisdom has no power to change the heart that harbors it. Therefore these ordinances did not profit for the change of heart and the…

vs6 And the angels which kept not their first estate, but left their own habitation, he hath reserved in everlasting chains under darkness unto the judgment of the great day….These are the fallen angels that were on satan’s side and were cast out of heaven with him. Some believe them to be “the sons of God” spoken of in Genesis.

vs7 Even as Sodom and Gomorrha, and the cities about them in like manner, giving themselves over to…

I’ve been a Christian for 40 years or so. I’ve been in lots of congregations, various denominations, and listened to some great messages. I’ve also listened to a lot of religion and down right error. No subject has been preached on more than healing, no doubt. Why? Because we have lots of folks that are sick and infirmed.
The other is that there is more emphasis put on physical needs than spiritual needs.
I was in a…

Oh man, what a time we had last night. There were about a hundred people showed up. I think there were 8 white folks there. We sing what would be called "hard country gospel". So I had no idea how the folks would react to our music. Well, they LOVED IT. I was amazed at how they really got into it. A couple of them said they want us to come to their church and sing. We told them we'd be back up there March 1st to sing at the Collins Full Gospel Church,…