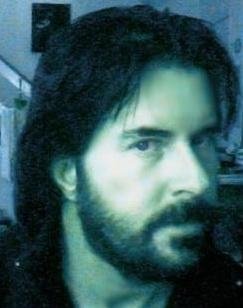 ICCAN Trail Headquarter left a comment for Ken Jordan
"We wish you a happy and blessed birthday!"
Dec 7, 2020

Please tell us about how you are associated with or involved in the cowboy church/ministry community.
I started HEART RITE MUSIC MINISTRIES. It is a music ministry to reach the lost, hurting , hungry, and broken hearted! I am an Elvis Tribute Artist gone spiritual, :) I use the look, sound and stories from the spiritual side of Elvis as well as my own testimony to reach the other Elvis Tribute Artists and Elvis fans and others! I have a new book and CD in the works called " HE MADE THE JAILHOUSE ROCK". The title song is about Paul and Silas and was sent to me by my friend Southern Gospels MIKE PAYNE of The Singing Paynes, the book is my life story as a Christian ETA as well as stories from the spiritual side of Elvis as told by his friends and family. It will also share stories from others whose lives have been touched and changed by God through the music and life of Elvis! Then we are adding in many positive quotes and Scriptures! HEART RITE Music is a little Ken Jordan, a little Elvis Presley, and a whole lot of Jesus!

HEART RITE MUSIC MINISTRIES came to be from a southern country beach boy named KEN JORDAN who grew up with a great admiration and respect for Elvis Presley! Ken started out much as Elvis and many others singing in the local churches. Ken had many Gospel heros who influenced him, Kenny Hinson, Dottie Rambo, Rusty Goodman, The Paynes Family, Lavern Tripp, The Inspirations, Jimmy Swaggart, Johnny Cook, and many others. Once Ken began to sing in churches and folks commenting that he sounded a lot like Elvis, a Tribute show was formed. This opened a lot of big doors for Ken and before he knew it, found himself in Las Vegas and was featured in the TBS special ELVIS USA. While there he met long time personal friend of Elvis' Mr. Eddie Fadal(Eddie passed away a few years back) Eddie had Ken brought back to meet him and says to Ken, "I admire your humbleness, don't stop doing this" so Ken took that as God confirming that he was on the right track and kept singing all over in many southern states. In 1997 Ken sang in concert with The Jordanaires(Elvis' original backup) in Birmingham, Alabama. Ray Walker of group stopped the show midway to say "Folks, you're witnessing something really different as this is the first time we had anyone who even resembled Elvis and Elvis himself would be proud of Ken's performance. Again Ken was very humbled and took this as God confirming the right direction. The song HEART RIGHT was written by Ken and his younger brother Philip Jordan. It was the title song on a cassette produced by Tim Greene of The singing Greenes. At that time several years back Ken got to sing HEART RIGHT to a crowd of 7,000 people along in concert with The Kingsmen, The Hoppers, The Greenes, and more. Tim Greene featured some of Ken's songs on America's Gospel Countdown. Doug DeRamus in 2010 shared one of Ken's songs WHEN JESUS SAVED ME on a compilation CD Gospel Jukebox volume 31 along with such talent as Ed Bruce(Cowboy actor and singer) who loves Jesus!  So what started out as an Elvis tribute Show has come full circle into the ministries of HEART RITE MUSIC, right where God had in mind for Ken to be all along! Elvis and his music will always be a big part of Ken's life and music, only difference these days is a little more of Ken is shining through, so it is a little of Ken, a little Elvis and a whole lot of Jesus, even Elvis knew that Jesus was the real King and was never ashamed to say so!  May God bless you all, much love, joy, peace, happiness, and success from the most high God!

We wish you a happy and blessed birthday!

Red Ribbon
Here's wishing you a very HAPPY BIRTHDAY! From Andy Starks of ICCAN's Round Pen Bible Institute.
From the Gift Store