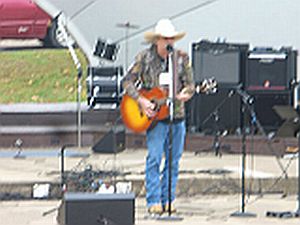 Bill Brooks was born September 12, 1953 in the Appalachian foothills of rural southeastern Ohio .
Music has always been a big part of his life. He began his music career in 1967 when , at age 14,  became the lead singer for a rock band “ The Beyond-Within” then the psychedelic band “ Fluorescent Mailbox” later with 70’s and 80’s bands “ Shadows of Darkness” and Country Rock band “ Gray Ghost” and as a beach bar musician in Florida during the 90’s to 2002...
He has shared the stage with many well known bands and musicians of the 60’s & 70’s:
Paul Revere and The Raiders
Mark Lindsey
The Royal Guardsmen
The Blues Magoos
Sam the Sham and the Pharaohs
Strawberry Alarm Clock
Seeds
Sadly, during many of his 40 years as a musician, he lived the life he sang about: drinking whiskey, smoking dope, of beer joints, fast livin’ and runnin’ from the law. He was a dead man walking. Till one day the pain and loneliness nearly took his life.
Though he had given up on everything, someone had not given up on him…. And that was Jesus Christ….
Bill has turned his will and his life over to the care of God Almighty and he now sings a new song with a new heart..
Bill is an ordained music minister and has dedicated his talents to serving God.
Since March 2007, he has been on the road, full time, traveling our country much of the time in a fifth wheel travel trailer, and has been sharing his music ministry as a special Sunday worship guest and evening concerts with churches of many denominations, over 250 Celebrate Recovery groups, Christian coffee houses, correctional institutions, gospel festivals, Christian recovery homes, Cowboy and Biker churches and wherever the Lord opens a door to share the music and testimony that has been placed in his heart.
Bill and his wife Judy have 5 children and 7 grandchildren.
Bill has released 6 cds his latest, his first live cd, “ On Down The Road“ was just released Dec. 13. His music has seen radio airplay in Europe, Australia , Canada, the United States and on the world wide web.
Bill’s music covers a variety of genre’s from Christian country, mountain/country gospel, traditional country and some contemporary Christian. His music was recently described as, The Byrds,Flying Burrito Brothers and Jerry Garcia meet Phil Keaggy …..
Memberships:
Country Gospel Ministries Association
Country Gospel Music Association
Ohio Valley Christian Music Association
Illinois Country Music Association
BMI

Happy Birthday from your friends @ ICCAN

Hello My Brother. If you haven't yet, check our our "Ministry Directory" page and let us know if you'd like to be listed there. It's free.

Rocky Morris, Founding Director said…
Howdy Bill and welcome to ICCAN! So good to have you here!