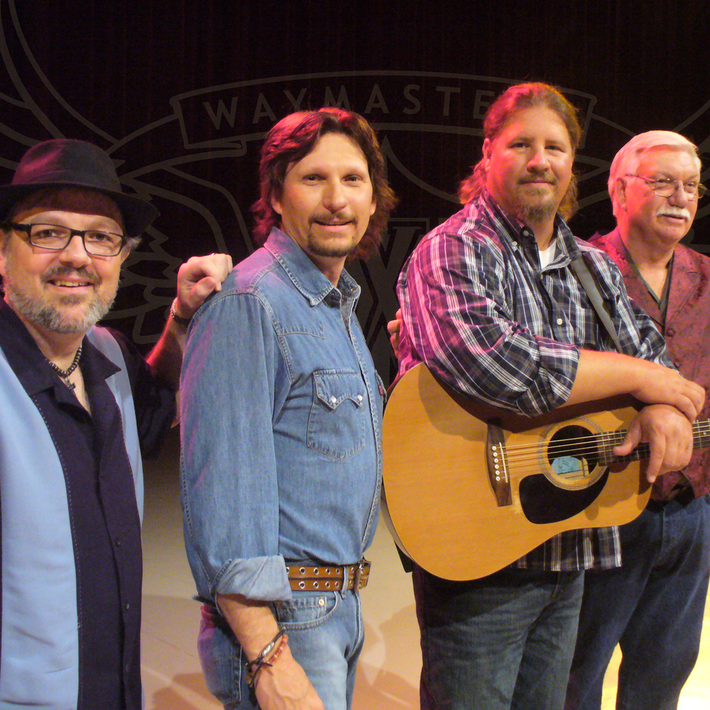 Many folks are asking where to record their projects. Depending on the quality you're after that answer can range from $1,000 for a 10 song CD to $22,000 or more.We record both at our own studio and…Continue

Waymasters has not received any gifts yet

Please tell us about how you are associated with or involved in the cowboy church/ministry community.
The Waymasters are a country gospel band that has been blessed with two #1 singles and three top five songs in past two years. The band has members who attend Cross Roads Cowboy Church in Bon Aqua, Tn. We travel and sing and minister at churches across the country. Jesus is our savior and Lord and we believe there is no other way but Christ. You can check us out on youtube or our web site, thewaymasters.com where you can find contact information and learn more about the band. The group is available for bookings so feel free to contact us for your next concert or gospel event. God bless and we look forward to worshiping with you!

How did you find out about ICCAN?
by google site.

Nashville, TN - July 21, 2016 – Earlier this year the No. 1 recording artist, Waymasters became the first Christian band and only the fifth recording artist ever to record an album to spawn five No. 1 songs. Previously only Michael Jackson, Rodney Crowell, Brad Paisley, and Katy Perry had achieved this milestone. Jackson for 1987’s “Bad,” Crowell for 1988’s “Diamonds and…

Filling out schedule for late March

Hello fellow ICCAN members! We are considering a four day tour in Florida in late March. We have only played a couple of times in the state so our contacts there are extremely limited. Basically we are considering a booking near Tampa on Friday, March 28. We would like to pick up bookings for Thursday night, Saturday night, and Sunday morning and night that same week in order to make the trip work. Any Cowboy Churches from Georgia to Tampa that would be interested in having us, please contact… Continue

Hello everyone in ICCAN world! Just wanted to give you an update on the group for the new year. We've been having an awesome first of the year so far. We've been featured on two different national and international gospel music video TV shows in the last two weeks. Cracker Barrel is playing us in all of their stores on the music you hear over the speakers when you are there, and our last single just topped out at #2 right behind Tim McGraw on the Country Gospel charts. We just missed having…

Hello! We are very excited to be part of the ICCAN! We hope everyone is ready for the new year. We are quite excited for 2014 as it has already started off with a bang for us. We just learned that we will be appearing on the popular cable TV show, "Nashville Country Revival" hosted by Bill Traylor. The show airs this Saturday, 1/11/14 on Daystar at 3:30 pm CST and again the following Friday night. It also airs on Hartland TV (formerly TNN) Sunday, 1/12/14 at 7:30 am CST. We hope all who can… Continue

Jan Harbuck, Network Manager said…
Have a wonderful birthday from your ICCAN family!

"Hey wanted to let you know about our website www.christiancountrynews.com

Please check your "inbox" as I sent you a message there to answer your questions. blessings! jan

Howdy Waymasters!!  Welcome to ICCAN!!  Always good to have talented and devoted folks like y'all in the fellowship!!  Please let me know if you have any prayer request or if I can help you in any way.  blessings, ~Pastor Lynn