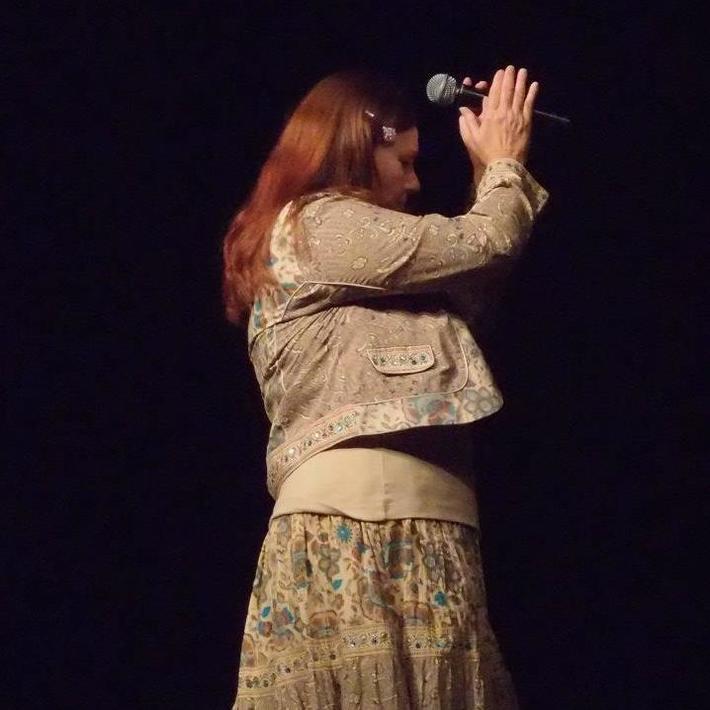 This may be a touchy subject but I have been there with my first project and it remained on the Country Gospel Charts at # 27 for 18 months and did very well in Europe and Austrilia, would have been…Continue

Please tell us about how you are associated with or involved in the cowboy church/ministry community.
I'm a Country Gospel Artist, currently signed with TMG, I have performed at, horse auctions, Cowboy Churches as well as other churches and venues where I can lift our Lord up and spread His word in song. I also had the pleasure of apppearing at the Lousiana Hay Ride.

How did you find out about ICCAN?
Thru Cowboy Church Groups at yahoo groups

Genevia Johnson has always had a love for music and singing since she was twelve, Mostly country songs by such singers as Loretta Lynn, Dolly Parton, and Patsy Cline. She never had the opportunity to sing gospel music in church until she was married and begin to sing after receiving the Lord as her savior . When Genevia began singing gospel music in church you could see the love in her face for her Lord and Savior and feel the presence of the Holy Spirit and conviction in her heart. Genevia founded SANCTIFIED HEARTS MINISTRIES in April 2001 and formed a quartet and later it changed to duet, at present her primary focus is her solo career. She has traveled to New Mexico, Texas and Louisiana, singing at the Louisiana Hayride and other different country showcase’s where she would open with gospel music for people such as Texas Country Hall of Fame inductees Anita Coffee, Bill Allen, and Nashville Grand Ole Opry stars Ernie Ashworth and Darrell McCall. Although she has sung country showcases she has never compromised her faith and belief,
In 2003 Genevia recorded her first CD titled “In His Hands” it was released to Christian Country Charts September of 2003, It hit the charts in October at number 38 to rise to number 27 by April 2004, it remained on the charts for 18 months in that position. Currently Genevia  has a new Country Gospel CD “ If That Isn’t Love” was released Sept 2011.

My CD / Individual songs available below

If any members ICANN would like a copy of my new cd I would be happy to provide the link and code for a free and complete downloade  this is a great way for pastors and radio to find artist.   For Bo…

If any members ICANN would like a copy of my new cd I would be happy to provide the link and code for a free and complete downloade  this is a great way for pastors and radio to find artist.

Blessed Birthday from you ICCAN family!