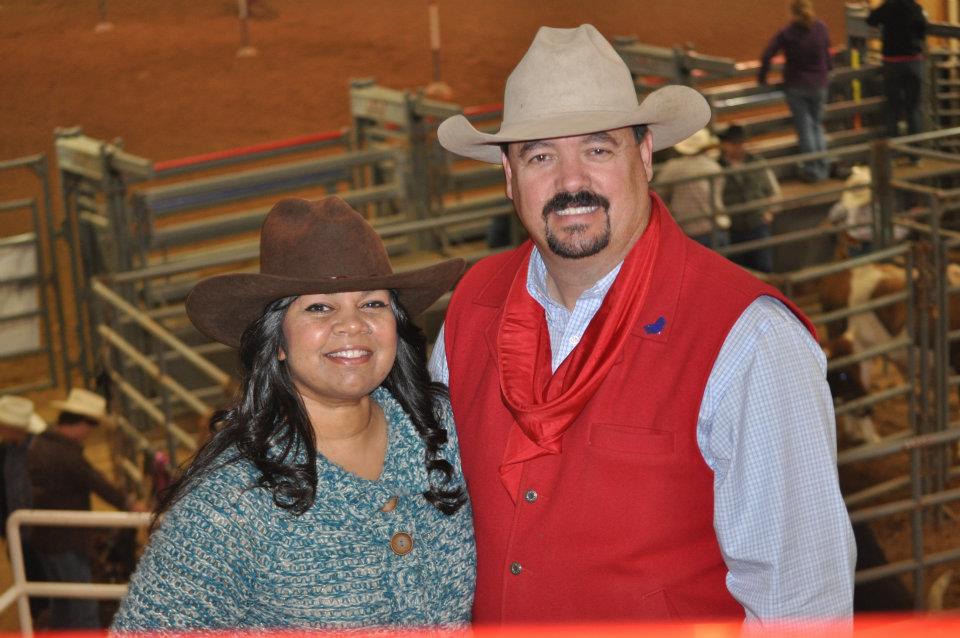 Each year the Southern Finals Rodeo of the Southern Rodeo Association makes its way to the Western North Carolina Ag Center. The season gets one final pull on the rope as the contestants ride for the top honors. In addition to the SFR Finals the Junior Southern Rodeo Association also holds it's year end roundup at the same time. Awarding the best Junior Rodeo cowboys and cowgirls top honors in the sport. The Southern Finals is one of the best rodeo productions anywhere. Everyone I spoke to from the Junior Rodeo president to the SFR president to promoters, Tonia and Alan, were so nice and accomidating. The staff and contactors all have one goal in mind, to provide the best rodeo experience for the contestants and the audience.

Since 2007 it has been the Land of the Sky Cowboy Church pleasure to be a part of this rodeo. For the past 4 years we have provided Cowboy Church on Sunday morning of the Finals as well as media support for the events promoter anchor sponsor, Alans Jewelry and Pawn.

This year was no exeption. For the Blankenship family Gene, Suzanne, Devin, Clay; it's something we are all involved with. My wife Suzanne and daughter Devin worked the hospitality and VIP rooms which are hosted for the sponsors and guests. My son Clay helped me with the technical support and video playback during the Grand Entry.

Due to the schedule of the Junior Rodeo Finals we knew Cowboy Church on Sunday would be a challenge. The Junior Finals began at 9 AM Sunday morning and would not be able to have and early church service so we decided to hold it after the Junior Finals and before the Southern Finals at 3PM.

About a month earlier I had made contact with the Waffle House (one of my favorite places to eat) near the arena and mentioned to them our idea to serve breakfast to the Junior Finals participants. Almost immediatley the manager of the store said they would like to help. It was decided that we along with Waffle House would provide 100 Breakfast biscuits on Sunday morning before the Junior Finals would begin.

On Sunday November 13 the district manager of Waffle House, Adam, called me at 6 AM and said 100 breakfast bisquits were ready to serve. At 7:30 he had delivered the food along with 4 gallons of orange juice and cups. All we had to do was serve. At 8 AM we made the announcement that breakfast was being served.  At first people had difficulty with the fact that I was giving breakfast away from the Waffle House for free but it wasn't long before everyone caught on. We had enough sausage, egg and cheese buscuits to serve the Junior Finals and left overs for the VIP room for the Southern Finals. That was exciting.

Now back to Cowboy Church. The Junior Finals ran past 1 PM. They emptied the arena to do a quick cleaning and then by 1:15 re-openend the doors to the genereal public. This was Cowboy Church! As the audience came in for the Finals we were able to hold Cowboy Church not only to the cowboys and cowgirls riding in the finals but to the audience watching the rodeo. I ended up delivering the messgae from atop the number 4 bucking chute. I thought "you know it's cowboy church when you're preaching from a bucking chute!" As it ended up I sang 4 cowboy style praise and worship songs. The audience was able to sing along with the words on the 10 foot by 12 foot screen we had set up for the rodeo ads to play on. It was kind of like a mini-cowboy crusade.

All in all this was one of the most memorable Cowboy Church services I have ever done. Gods hand was in this from the beginning and I could see each day how he was opening up door after door. It's great to plan and be prepared but ultimately Gods plan prevails through our best efforts. The SFR committee, Alan and Tonia Sheppard, my family and my wife Suzanne were all in tune with one goal, provide for the needs of the cowboys and cowgirls of the SRA Finals and the audience. To me that is the servants heart, a do what ever it takes attitude to get the job done.

It's my opinion that the church as a whole could take a lesson from that kind of cooperation. People see us and ask why do you do that? Our answer is..."It's what we do!"

It goes without saying the prayer involved with this was going on everyday and keeping Gods mission of sharing the saving grace of Christ first.